Lahaina Historic District is a historic district in Lahaina, Hawaii, on the west side of the island of Maui. It was declared a National Historic Landmark in 1962. At that time it was described:

Long the residence of Maui kings and chiefs, Lahaina preserves the atmosphere of a mid-19th century Hawaiian seaport, when it was a favorite port of call for American whalers. It was also the center of missionary activities. 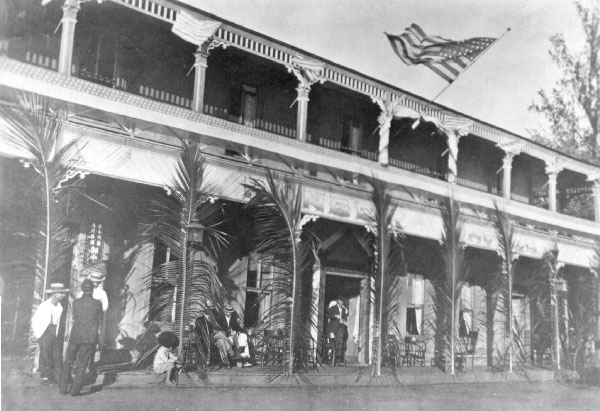